The United States District Court for the Iowa was established on March 3, 1845. On July 20th, 1882, the jurisdiction was divided into two districts, the Southern and Northern Districts.  The Southern District of Iowa is comprised of 47 counties and has three court divisions. The Courthouse for the Western Division is location in Coucil Bluffs, the Central Division in Des Moines, and the Eastern Division in Davenport.

History of the Federal Judiciary 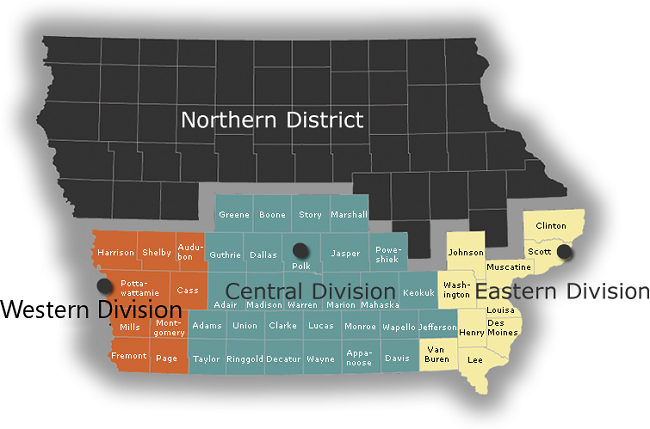